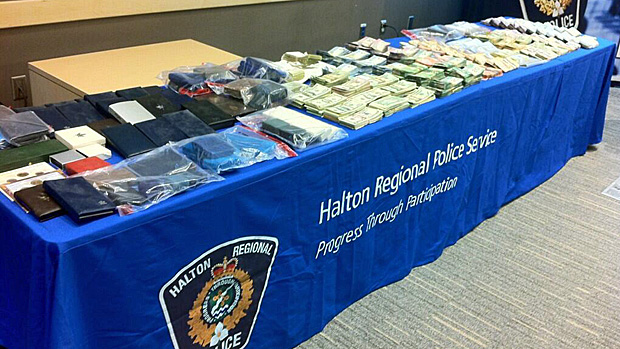 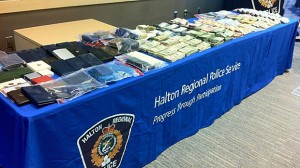 Police have arrested five men in what they are calling a sophisticated bank break-in in Burlington, Ont.

Halton Regional Police say officers were dispatched to a TD Canada Trust branch on Fairview Street at Walkers Line Monday after an alarm was activated just before 1 a.m.

Police arrived to find the bank’s outside doors secure but discovered that the vault had been broken into despite an elaborate range of security measures. Police established a perimeter outside the bank and found the suspects hiding in the trees nearby with the help of their K-9 unit.

Police believe the suspects used electronic equipment to bypass the bank’s alarm system while they worked.

“In my 29 years in policing, I’ve never seen something of this level of sophistication,” said Halton Deputy Chief Andrew Fletcher. Five men are all facing charges of breaking and entering and possession of break-in instruments.

Investigators are working to figure out if the accused may be responsible for other incidents.

5 arrested in Burlington after ‘sophisticated’ bank break-in added by admin on March 20, 2013
View all posts by admin →