8 year-end tips to save tax 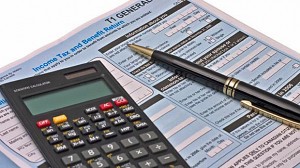 It’s the last thing on people’s minds at this busy time of year. But a little tax planning now — before year’s end — can pay big financial dividends in the future..

Accountants have long lists of ways Canadians can boost their personal tax situation and claim lucrative tax breaks — and many of them require attention by New Year’s Eve.

“A lot of things have to be done now to be able to get the benefit next spring when you file your return and the biggest mistake is doing nothing,” says Jamie Golombek, managing director of tax and estate planning at CIBC Private Wealth Management.

Here are some steps experts say you should take now to find tax savings and improve your financial situation for the coming year.

If you’ve never contributed to a TFSA before, you can contribute up to $20,000 and pay no tax on any gains incurred inside the account. As of Jan. 1, 2013, you can put another $5,500 into your TFSA. But if you’re planning on making a withdrawal from your account, the experts say you’d be well advised to do it quickly.

“If you have set up a TFSA and you’re planning a withdrawal, consider doing so before the end of 2012 rather than early 2013, as amounts withdrawn are not added to your contribution room until the beginning of the following year after the withdrawal,” KPMG says in a tax bulletin.

“Remember that you can also fund your spouse/partner’s contributions without attracting the attribution rules,” adds Janna Krieger, senior manager at Ernst & Young.

Year-end is a good time to consider selling those poorly performing investment dogs that have accrued losses (and aren’t likely to recover) because doing that can offset any capital gains in your portfolio in 2012.

But this is one bit of advice that needs to be followed before Christmas.

“In order for your loss to be immediately available for 2012 (or one of the prior three years), the settlement must take place in 2012, which means that trade date must be no later than Dec. 24,” says Golombek.

When considering this, make sure to think about your experience over the past three years.

“The more capital gains tax you paid in the last three years, the more you should consider the tax advantages of tax loss selling before the end of the year, so you can carry back the losses to offset those gains,” KPMG says.

H&R Block senior tax analyst Cleo Hamel says she’s seen interest in tax-loss selling steadily growing. “I think people are really starting to understand that there are some benefits to having that, especially when you have a roller-coaster year on the markets.”

Of course, the whole issue of tax-loss selling is relevant only for investments held in non-registered accounts and not in tax-sheltered plans like RRSPs or TFSAs.

If you turned 71 this year, you must convert your RRSP to a RRIF or an annuity by the end of the year. Be sure to apply for OAS benefits if you turned 65 in 2012 and be aware that OAS benefits are clawed back once your net income exceeds $69,562.

Canadians between age 60 and 64 may want to apply earlier for Canada Pension Plan benefits. “If you are a new retiree considering receiving early benefits under the CPP before you turn 65, you should consider applying for these benefits by the end of 2012,” advise the tax experts at KPMG.

Make payments and donations by Dec. 31

Most people know about the Dec. 31 deadline for charitable donations, but other payments also need to be made by the end of the year to get a tax deduction or credit for 2012.

“Keep in mind that many charities offer online internet donations where an electronic tax receipt is generated and emailed to you instantly,” says CIBC’s Jamie Golombek.

And if you want to donate stock that you’ve made some money with, don’t sell it and donate the cash. Donate the stock directly.

“I can multiply the returns on my winning, publicly traded securities in my non-registered investment accounts by transferring those shares directly to my favourite charity,” says Evelyn Jacks, president of the Knowledge Bureau, which offers tax education and training.

“That way it’s possible to avoid taxes on the accrued gains in those securities — and get a charitable donation receipt, too,” she says.

Don’t forget to keep all those receipts, even if you file electronically. “Although you aren’t required to include most receipts when filing, the Canada Revenue Agency randomly requests receipts as part of its post-assessment review,” says Ernst & Young’s Janna Krieger.

RESPs allow for saving for post-secondary education. Ottawa provides a grant equal to 20 per cent of the first $2,500 contributed each year. Even though unused grant room can be carried forward, there are a couple of instances where the Dec. 31 contribution date is crucial.

“If you have less than seven years before your child or grandchild turns 17 and haven’t maximized RESP contributions, consider making a contribution by Dec. 31,” says CIBC’s Jamie Golombek.

Considerations for those buying bonds or GICs

If you buy bonds or long-term GICs in a non-registered account in December 2012, tax will be payable on the interest that accrues as of the first-year anniversary date — December 2013 — and so will need to be accounted for on your 2013 tax return.

“By delaying the purchase to January 2013, that tax can be deferred until 2015,” Ernst & Young’s Janna Krieger says.

If you’re self-employed or own a non-incorporated business and need to make a capital purchase such as a computer or furniture for your business, be sure to make it by Dec. 31. That way, you can accelerate the timing of your tax writeoff as you’ll be able to get a deduction worth half a year’s depreciation even if your new computer was installed and ready on Dec. 30.

Finally, if you earn a lot of money (at least $500,000 in Ontario and $100,000 in Quebec), tax rates on income, interest, dividends and capital gains will rise on Jan. 1, 2013. Exercising stock options, selling an investment for a capital gains or getting that bonus this December rather than next year could save you money.