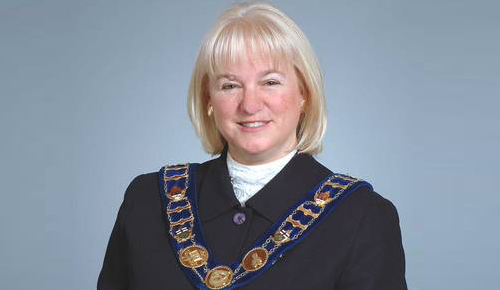 In particular, Fennell highlighted the government’s decision to index the gas tax transfer. This measure alone – the first indexing of a municipal transfer – will add another $9 billion to the permanent gas tax fund over 20 years.

Fennell, who chairs the Federation of Canadian Municipalities (FCM) Ontario Caucus of councillors and mayors, said “I want to further applaud the federal government for working alongside the leadership of FCM to develop new policies to strengthen, diversify and grow local economies to create jobs.”

Earlier this year Fennell, who is a member of FCM’s Big City Mayors’ Caucus, engaged Bramptonians to share their ideas on ways to tackle gridlock as part of the FCM #CutMyCommute social media campaign, to advocate for infrastructure funding.

Fennell shared a complete report of ideas with Brampton’s MPs to ensure funding for transit and infrastructure was a central part of the 2013 federal budget.

Fennell concluded, “This budget delivers significant gains for Canada’s cities and communities and I feel strongly that the voices of Bramptonians have been heard.

“I applaud the government for choosing to continue moving Canadian communities forward, even as it meets its immediate fiscal challenges.”