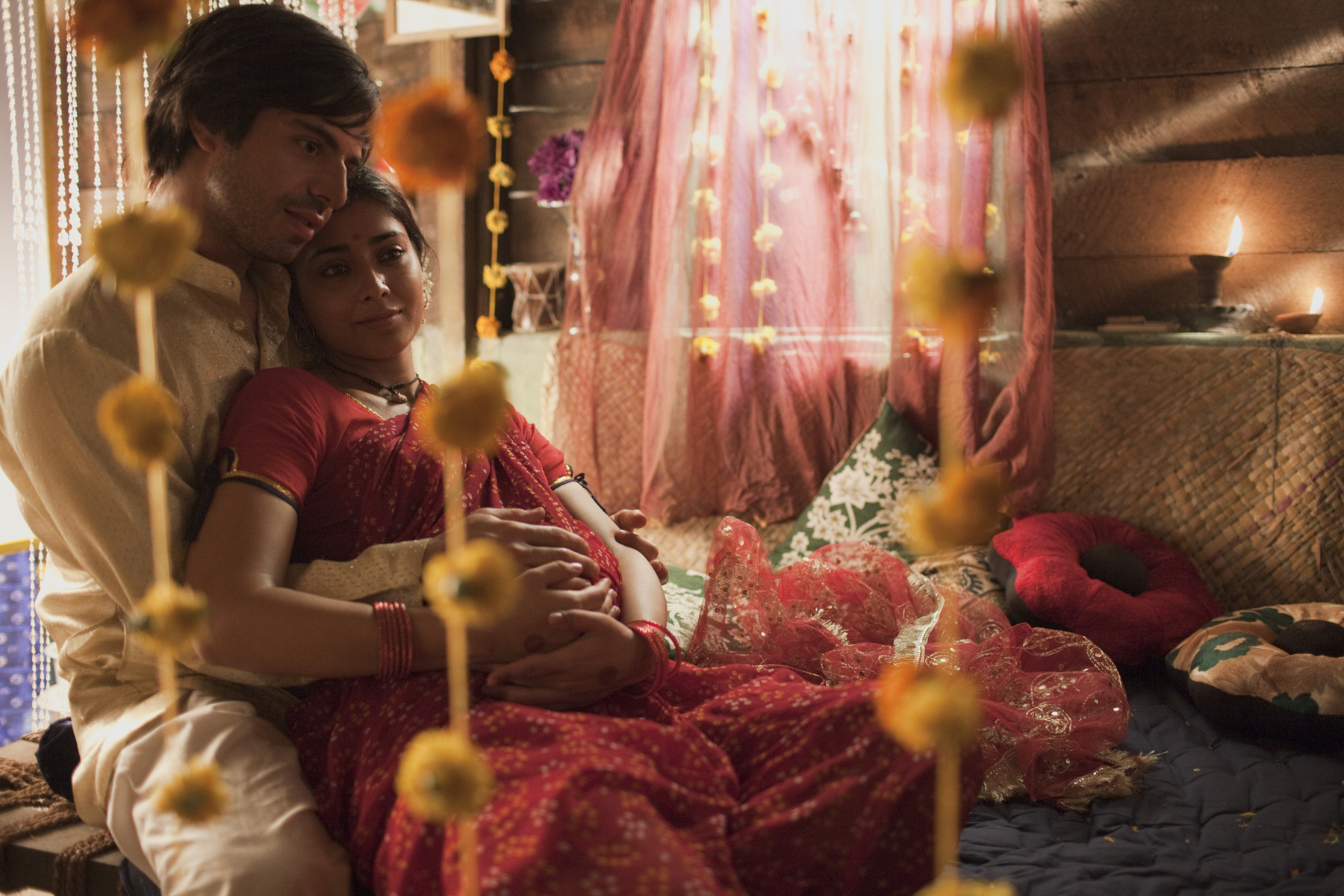 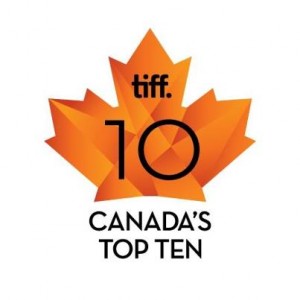 “As Canadian cinema continues to trailblaze and attract global audiences, TIFF proudly presents the best of the best of the nation with Canada’s Top Ten,” said Cameron Bailey, Artistic Director, Toronto International Film Festival. “This 10-day festival offers homegrown talent a dedicated platform to showcase their success, and we couldn’t be more impressed by the calibre of films the industry has produced this year.”

“The 2012 lineup champions the works of familiar faces as well as emerging talent — all of whose stellar filmmaking achievements shape the Canadian film community,” said Steve Gravestock, Senior Programmer, TIFF. “From a hilarious sex quest to an apocalyptic satire, this year’s diverse list of documentaries, comedies, dramas and epics serves the country’s savvy moviegoers the eclectic cocktail of films they have grown to count on from Canada’s Top Ten.”

The World Before Her, Nisha Pahuja (KinoSmith)

Purchase tickets online at tiff.net/topten by phone Monday through Friday 10 a.m. to 7 p.m. ET at 416.599.TIFF and 1.888.599.8433, or visit the box office in person from 10 a.m. to 10 p.m. ET at TIFF Bell Lightbox. Pricing as follows: standard ticket is $12 (feature film or shorts programme); the Take Five package: any five feature films for $48 (redeemed in person or by phone only; one ticket per screening); the Two Pack: both shorts programmes for $18; Mavericks with Sarah Polley is $18.75. Doors open 30 minutes prior to the screening. Member pricing available.

Canada’s Top Ten films are chosen from features, shorts, documentaries, animation and experimental films. Each film must have premiered at a major film festival or obtained a commercial theatrical release in Canada in 2012. The filmmaker must be a Canadian citizen or resident, and have a history of working in Canada or on Canadian-financed films. 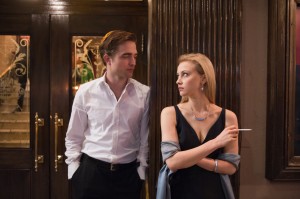 Unfolding in a single cataclysmic day, the story follows Eric Packer — a 28-year-old financial whiz kid and billionaire asset manager — as he heads out in his tricked-out stretch limo to get a haircut from his father’s old barber, while remotely wagering his company’s massive fortune on a bet against the Chinese Yuan. Packer’s luxury trip across the city quickly becomes dizzyingly hellish as he encounters explosive city riots and a parade of provocative visitors. Having started the day with everything, believing he is the future, Packer finds his perfectly ordered, doubt-free world is about to implode. Starring Robert Pattinson, Sarah Gadon, Jay Baruchel, Paul Giamatti, Juliette Binoche, Emily Hampshire and Saman­tha Morton.

The End of Time Peter Mettler

Visionary filmmaker Peter Mettler (Picture of Light, Gambling, Gods and LSD) traverses the globe to explore (and explode) the conceptions of time, in this visually arresting combination of documentary and mind-expanding philosophical speculation.

Goon is the story of Doug Glatt, a down-on-his-luck bouncer who’s been touched by the fist of God. Upon discovering his right hook and (barely) learning to skate, this gentle giant joins  a minor-league hockey team as an enforcer and inspires them into the playoffs. Starring Seann William Scott, Jay Baruchel, Liev Schreiber, Alison Pill, Marc Andre Grodin and Eugene Levy.

In the 1990s, Laurence tells his girlfriend Fred that he wants to become a woman. In spite of the odds — and in spite of each other — they confront the prejudices of their friends, ignore the counsel of their families, and brave the phobias of the society they offend. They try to live through this transition and embark on an epic journey which, unbeknownst to Fred and Laurence, may cost them their love. Starring Suzanne Clément and Melvil Poupaud. 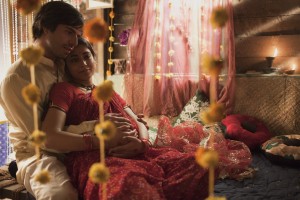 “Born in the hour of India’s freedom. Handcuffed to history.” Midnight’s Children is an epic film from Academy Award®–nominated director Deepa Mehta, made in collaboration with Salman Rushdie on his Booker Prize–winning novel. At the stroke of midnight on August 15, 1947, as India proclaims independence from Great Britain, two newborn babies are switched by a nurse in a Bombay hospital. Saleem Sinai (Satya Bhabha), the illegitimate son of a poor Hindu woman, and Shiva (Siddharth), the offspring of wealthy Muslims, are fated to live the destiny meant for each other. Their lives become mysteriously intertwined and are inextricably linked to India’s whirlwind journey of triumphs and disasters.

To win back his unsatisfied ex-girlfriend, conservative accountant Jordan Abrams enlists the help of Julia — an uninhibited exotic dancer — to guide him on his quest for sexual experience, leading him into a world of strip clubs, sensual massage parlours, cross-dressing and S&M. Stars Jonas Chernick, Sarah Manninen and Emily Hampshire.

Komona, a 14-year-old girl, tells her unborn child the story of how she became a child soldier. A tale set in Sub-Saharan Africa, Rebelle is also a love story between two young souls caught in a violent and dangerous world. Starring Rachel Mwanza (winner of Silver Bear for best actress at the Berlin International Film Festival), Alain Bastien and Serge Kanyinda.

Based on true events and boasting a veteran cast, Still is the heartfelt and deeply-affecting love story of an 89-year-old New Brunswicker (James Cromwell) who faces jail time when the government tries to stop him from building a more suitable house for his wife (Geneviève Bujold), whose health is beginning to fade. 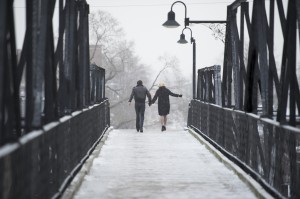 In this inspired, genre-twisting film, Academy Award–nominated writer/director Sarah Polley discovers that the truth depends on who’s telling it. Polley is both filmmaker and detective as she investigates the secrets behind a family of storytellers. She playfully interrogates a cast of characters of varying reliability, eliciting refreshingly candid, yet mostly contradictory, answers to the same questions. As each relates their version of the family mythology, present-day recollections shift into nostalgia-tinged glimpses of a lively, fun-loving past and the shadows just beneath. Polley unravels the paradoxes to reveal the essence of family: a messy, intense and loving tangle of contradictions.

The World Before Her Nisha Pahuja

An allegory of mankind heading for disaster, Bydlo is a tragic vision inspired by the fourth movement of Mussorgsky’s Pictures at an Exhibition. Drawing on the composer’s brilliant ability to evoke work and labour in his music, Patrick Bouchard brings the earth to life through animated clay sculptures. Technically complex (Bouchard animates plasteline) and artistically fiery, Bydlo depicts the cycles of life, the power of man and beast, and both the beauty and horror of labour.

Clara leads a solitary life, much to the chagrin of her meddling family. Her spinster aunt’s untimely passing leads to Clara’s inheritance of a disobedient pug. Learning to live with man’s best friend might teach her a few new tricks.

Pimpin’ ain’t easy. Nowhere is this truer than in the middle of the desert where a young man looking for some meditation and solitary hiking is confronted with a proposition that might be just too hard to resist. Director Mike Clattenburg’s (Trailer Park Boys) irreverent sense of humour is showcased in this cautionary and ludicrously funny tale about succumbing to primal urges and the power of suggestion. 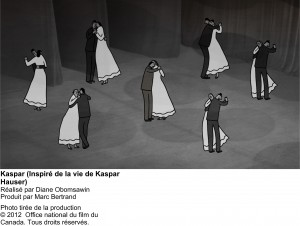 Animator Diane Obomsawin offers audiences an impressionistic fable based on the story of Kaspar Hauser, the famous 19th-century orphan who has inspired countless artists. Isolated in a dark cave for as long as he can remember, with only a small wooden horse to keep him company, Kaspar knows nothing about life. A poetic tale infused with sadness and uncertainty, Kaspar is about the fascinating discovery of a world that is both magnificent and terrifying.

A boy mistakenly starts a fire in a residential neighbourhood. His mother, an Afghan immigrant to Canada, is interrogated by the police. Protective of her son and hindered by a language barrier, she has trouble explaining with certainty what happened.

As a young ailing woman sits at a quiet diner counter, her surroundings become increasingly unstable. The ensuing chaos of her world literally turning upside down triggers an ominous sequence of events.

In the frigid isolation of winter, an elderly man braves the elements to hew wood with nothing but an axe and a wheelbarrow. What first appears as a landscape study soon becomes an elegy for nature’s sacrifice to fuel man’s existence.

A graveside funeral service sets the scene for what becomes an increasingly disturbing and fascinating piece of storytelling where looking beyond the surface of things reveals the deceased’s life before death.

A depressed cat transforms the lives of a grieving parking attendant and an exuberant telegram singer in this cosmic encounter on a pastel background.