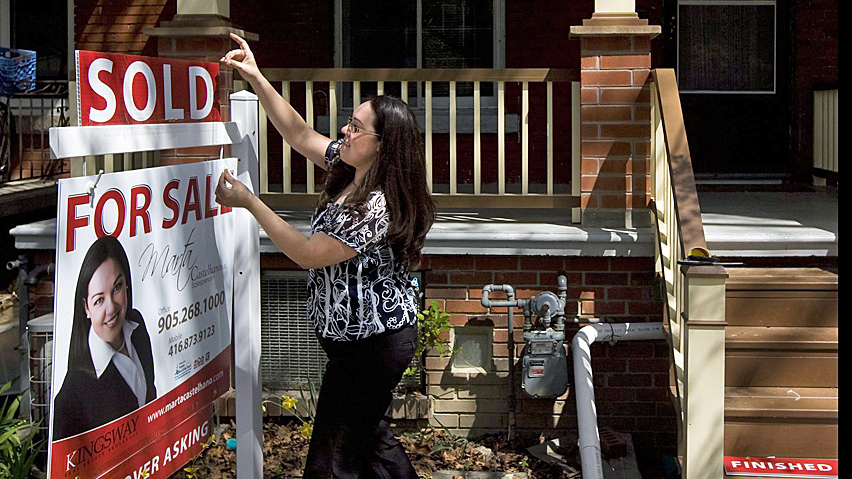 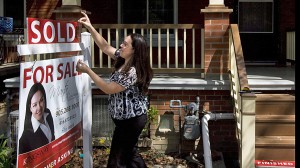 About 12 per cent fewer Canadian houses were sold in November compared to the same month a year ago, and prices were off by just under one per cent, according to figures released today.

The Canadian Real Estate Association said sales were lower in three-quarters of all local housing markets, including most large Canadian cities. Calgary was the exception to that trend, with a 10.6 per cent annual increase in sales activity.

Sales have now fallen in three of the past four months. In July, Ottawa moved to tighten the rules that govern the mortgage industry, and that has served to cool the housing market, CREA says.

“Interest rates have remained low and the economic backdrop has remained supportive for housing activity, so that should leave little doubt that recent changes to mortgage regulations are responsible for having cooled activity,” Klump said.

The average price metric continues to be impacted by what CREA calls, “compositional factors,” namely less sales in the formerly red hot real estate markets of Toronto and Vancouver.

If those two markets were excluded from the calculations, the average price would have risen by 3.2 per cent.

In a separate release Monday, CREA lowered its housing forecast for next year and beyond. The agency now says it expects home sales to decline by two per cent in 2013, a decline from what they were previously anticipating.

And the national average price is forecast to edge up another three-tenths of one per cent to $365,100 in 2013, with British Columbia, Ontario, and New Brunswick registering small price declines and modest average price gains in line with or below inflation in other provinces.

“My bias remains that resales will continue to soften in 2013,” Scotiabank economists Derek Holt and Dov Ziegler said in a research report following the release of the data.

Canadian home sales decline 12% over past year added by admin on December 17, 2012
View all posts by admin →