Cinema should be used for larger good of its audience: Manish Tewari 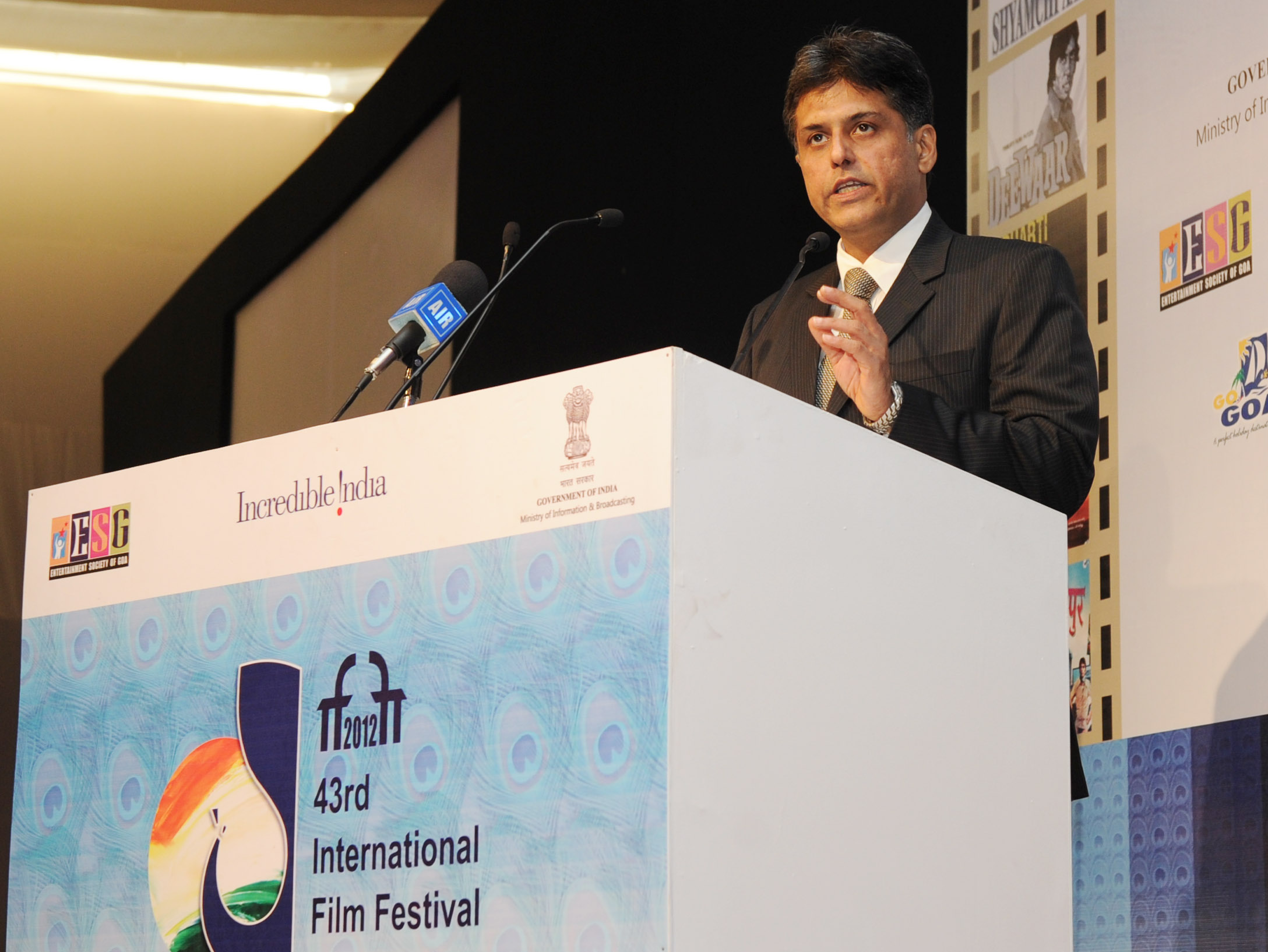 Cinema wields a great influence on people and the challenge before the film industry is to ensure that this power is used for the larger good of its audience, Information and Broadcasting Minister Manish Tewari said on Tuesday.

“Cinema as a forum of entertainment wields a great amount of influence on its audience. It is, therefore, important that this power is used for the larger good of its audience. This is the challenge that our film industry needs to take up to contribute to a better society,” Tewari said in his speech at the inauguration of the 43rd International Film Festival of India (IFFI) in Panaji.

He said that the Indian government was taking a number of steps to promote the country as a film shooting destination and also films made in India.

“Various schemes conceived by the government aim at promoting Indian films in the world arena, encouraging production of quality films and the encouragement the documentary movement in the country,” Tewari said.

“With a view to preserve our film heritage, the government is embarking on an ambitious National Film Heritage Mission during the 12th Five Year Plan.”

Tewari said that the government had also entered into co- production agreements with various countries.

Speaking about IFFI, Tewari said the current festival was significant as it falls in the centenary of Indian cinema, adding the awards jury headed by Gautam Ghose would have a tough time in selecting movies for honours as the quality of movies was high.

“His works are acclaimed in every international festival and he is a recipient of many awards. He is also a great teacher,” Tewari said.

Speaking further he said that last year the IFFI had closed with a Luc Besson film “The Lady”, which was based on the life of Aung San Suu Kyi.

“As the festival opens (this year), the great leader has just visited our country. This is a welcome and a happy coincidence,” he said.

Cinema should be used for larger good of its audience: Manish Tewari added by admin on November 20, 2012
View all posts by admin →