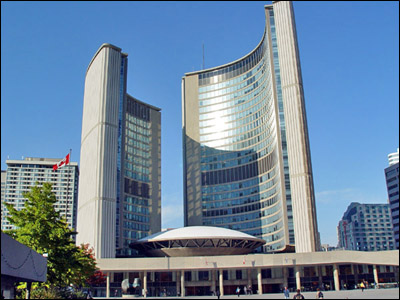 A Toronto city report recommends that any casino built in downtown Toronto must include more convention and retail space than originally envisioned by the province.

The long-awaited report released Monday by city manager Joe Pennachetti takes no hard position for or against a casino in Toronto, but says the city should impose certain conditions before approving any Las Vegas-style casino, including:

– A 50-50 revenue share The report calls for a minimum $100 million in annual gaming revenue coming to the city. This far exceeds the share other Ontario municipalities earn from hosting casinos in their communities. Premier Kathleen Wynne has said Toronto won’t get a special deal to host a casino. She has also called on the Ontario Lottery and Gaming Corporation (OLG) to revisit its revenue-sharing formula.

– A restriction on gaming floor space Pennachetti’s report calls on any downtown casino to be limited to 135,000 square feet of gaming space. That’s well below the 175,000 square feet the province says needed, at a minimum, to make a Toronto casino viable.

– More convention space “A standalone casino is not supported by staff,” the report reads. Instead, Pennachetti is calling for any casino to come with more convention space, which, he says Toronto needs to compete with other large North American cities in attracting large conventions. The report says a first-rate convention centre could be a bigger draw than a casino and bring in up to “$392 million in direct spending.”

– A casino ‘social contract’ The report recommends the city call on the selected casino operator to implement plans to mitigate the negative social impacts of increased access to gaming.

The report comes as the province, through the OLG, looks at proposals from operators interested in bringing a casino to the city. Proposed sites include Exhibition Place and Front Street but any casino project must first be approved by city council.

Pennachetti’s report lands one day after an open letter from Mayor Rob Ford (posted below) stating that a casino represents a “golden opportunity” for the city.

Responding further to the report on Monday afternoon, Ford said council should vote yes for a casino and convention centre “on terms that work for Toronto.”

“I believe we should say yes, absolutely yes, on terms that work for Toronto,” Ford said. “Any city that has skin in the game as we do should receive a fair share.”

The mayor echoed parts of Pennachetti’s report in saying that thousands of jobs could be created if a casino is approved by council. He also said the potential millions in revenue would be invested in rapid transit and infrastructure.

Earlier, the mayor’s brother, Coun. Doug Ford, made similar comments about the potential windfall that Toronto could see from having a casino.

“Nothing is in concrete right now, this is what we’d like to see,” he told reporters on Monday.

‘None of the math works here’

But council members opposed to the casino said the report fails to provide clear numbers, particularly related to the city’s share of any gaming revenue a casino will generate.

“None of the math works here,” said Vaughan. “The casino is cut in half and the hosting fee is higher? There is nothing real in this report.”

Pennachetti’s report also said that upwards of 7,000 jobs construction jobs would be created over a three-year period, and another 5,440 ongoing operations jobs, if a downtown casino were built.

But his report also contains public consultation results that suggest considerable public opposition to a casino.

An Environics poll found commissioned for Pennachetti’s report found that 50 per cent were opposed the casino, while 42 per cent support it. A total of 902 Toronto residents were polled by telephone.

The mayor’s executive committee will debate and vote on the city manager’s report next week. It is scheduled to go from there to a council vote in early May.

City report calls for restrictions on casino added by admin on April 8, 2013
View all posts by admin →