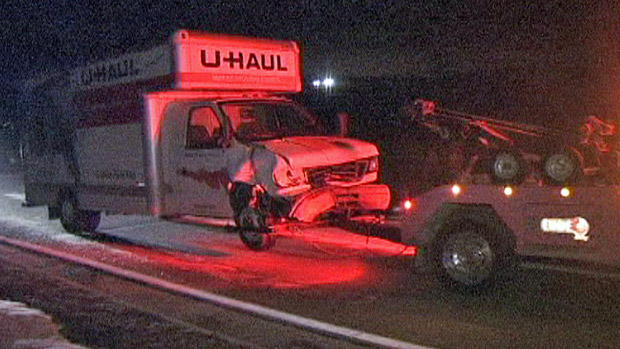 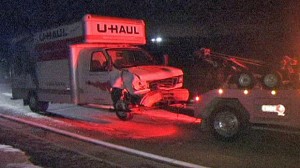 Charges have been laid against an alleged drunk driver following the death of a 17-month-old girl in a collision on Highway 7/8 Saturday night.

A 53-year-old Kitchener man was arrested on the scene and now faces 8 charges, including impaired driving causing death and possession of marijuana.

The Ontario Provincial Police received a call at 6:27 p.m. about a Volkswagen Jetta that had become disabled in a “live lane” on Highway 7/8, west of Fischer Hallman Road in Kitchener, Ont.

But while officers were en route to the scene, a second call came in about a collision at the same location.

“On the scene, they observed a cube van that had been driven into the rear of the Volkswagen Jetta,” OPP Sgt. Dave Woodford told CBC News in a telephone interview on Sunday morning. The cube van was a U-Haul vehicle.

The man, woman and child in the Jetta were all members of the same family.

Police learned that the 36-year-old mother and infant were airlifted to separate hospitals in Hamilton, where the child was pronounced dead.

Woodford said the mother remained in critical condition as of Sunday morning. The 38-year-old father received only minor injuries and was treated at Grand River Hospital.

The driver of the van sustained no injuries.

The collision remains under investigation.

Drunk driving charges laid in crash that killed infant added by admin on March 17, 2013
View all posts by admin →