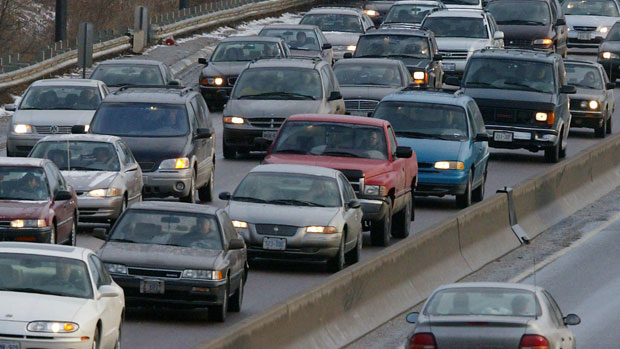 Ontario Premier Kathleen Wynne told the Toronto Region Board of Trade today that any investment in public transit from new revenue “must recognize the strains across the system.”

“Toronto’s congestion is a major issue affecting its reputation and its productivity,” the premier said during a luncheon address.

The premier’s comments come nearly a week after the province’s transportation agency, Metrolinx, released its shortlist of potential funding tools that could pay for transportation expansion projects for the Greater Toronto and Hamilton Area (GTHA).

“Transit in the GTHA needs tens of billions of dollars over the next 20 years,” said Wynne, adding that it was her responsibility to ensure “Ontario’s largest city can move with ease.”

The funding tools are needed to generate the $2 billion a year required to support a regional transit expansion plan expected to cost roughly $50 billion over 25 years.

“We need to find dedicated revenue for these projects because the money will not, and cannot, be found elsewhere,” said Wynne.

The premier also cited a similar situation in Los Angeles in 2008, when that city imposed a 0.5 per cent regional sales tax over 30 years to support a $40-billion transit expansion effort.

“They recognized the problem, they came up with a plan that was right for them and they took action,” Wynne said.

In June, Metrolinx will release a more in-depth strategy regarding the revenue sources announced last week.

Wynne said there would be a province-wide benefit to investing in transit in the region, which she says has “lagged well behind” when compared to funding for other infrastructure.

“To develop real momentum, we have to change the way we talk about these investments,” she said. “We have to get excited about transit again, and where it can take us.”