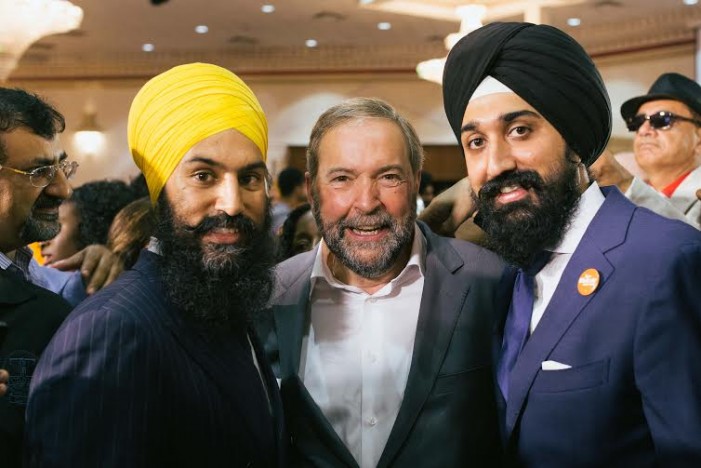 The Orange Wave took centre stage in Brampton this weekend as the  New Democratic Party (NDP) candidate Harbaljit Singh Kahlon (Brampton East) hosted Tom Mulcair, the leader of the  Official Opposition and Canada’s NDP, at the Brampton Rally for Change at Shingar Banquet Hall on Saturday.

With Over 1000 supporters from across the Brampton attending the event, the thunderous rhythms of dhol kickstarted the event while Martin Singh (Brampton North) and Adaoma Patterson (Brampton West) welcomed the crowd.

“The atmosphere was electric and the people of Brampton have sent a strong message to Ottawa.” Said Kahlon “The orange wave has reached the shores of Brampton”.

From the moment Harbaljit Singh Kahlon took the stage, the energy in the room intensified with chants of “NDP” and “Harbaljit”, from the crowd.

There was a strong sense of NDP support at the Brampton Rally for Change as a hall full of NDP supporters, as diverse as the population of Peel, cheered throughout the rally and in support of Mulcair as he addressed the crowd.

Mulcair’s speech echoed the sentiments shared by Kahlon, on the challenges facing middle-class families in Brampton and across the nation: a full repeal of bill C-51, the creation of one million affordable child care spaces across Canada, real support for manufacturers and small business. 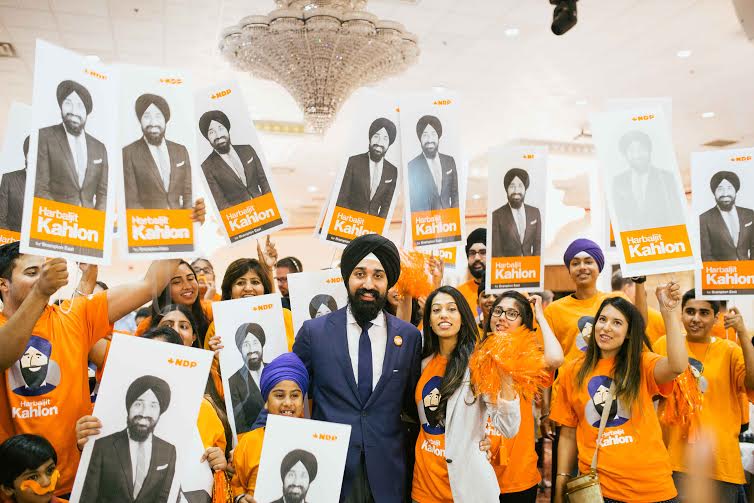 Harbaljit Singh Kahlon and Tom Mulcair bring the Orange Wave to Brampton added by admin on July 28, 2015
View all posts by admin →