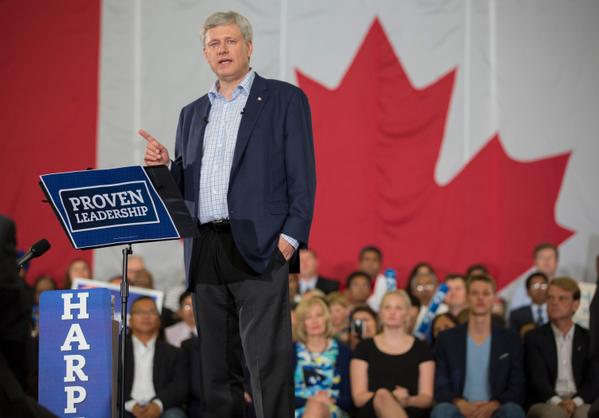 “For most Canadians, the family home is their biggest financial investment and the place where they raise their children, relax with friends and family, and enjoy their golden years,” said Prime Minister Harper. “A permanent Home Renovation Tax Credit will help make it more affordable for Canadians to ensure their home meets their needs.”

The Prime Minister noted that, in addition to reducing the costs of maintaining a home, the Home Renovation Tax Credit will also support local jobs and ensure consumers benefit from professional contractors. “The Home Renovation Tax Credit has been recognized as having helped Canadian consumers avoid the risks of the underground economy , while at the same time reducing their taxes,” said Prime Minister Harper. “We will continue our proven record of helping Canadian families in ways that tangibly improve their lives.”

The Home Renovation Tax Credit, originally established by the Harper Government in 2009 as a temporary measure, was a resounding success. About one in every three households took advantage of this program, saving more than three million Canadians, on average, more than $700 each. It also pumped $4.3 billion into Canada’s economy, creating and supporting well-paying jobs. A re-elected Harper Government will make this tax credit permanent, available each year for substantial home renovation expenses between $1,000 and $5,000.

“Our Conservative government has cut taxes and increased benefits for Canadian families, so that Canadians keep more of their hard-earned money,” the Prime Minister said. “We believe that Canadians are best-placed to decide how to invest in the needs and priorities of their families.” 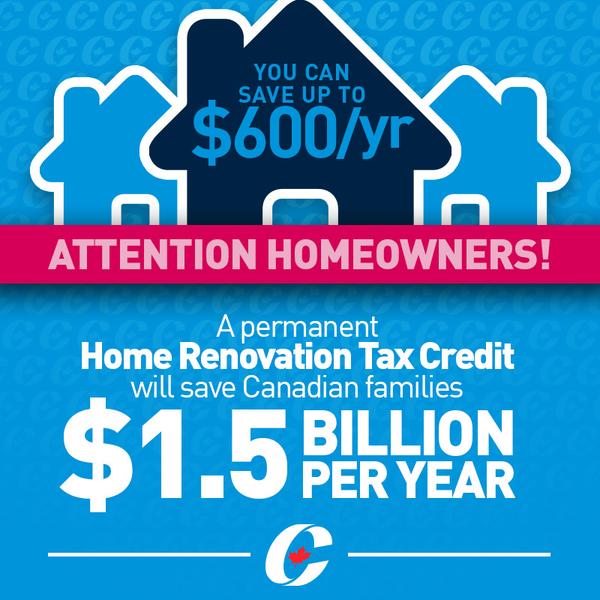