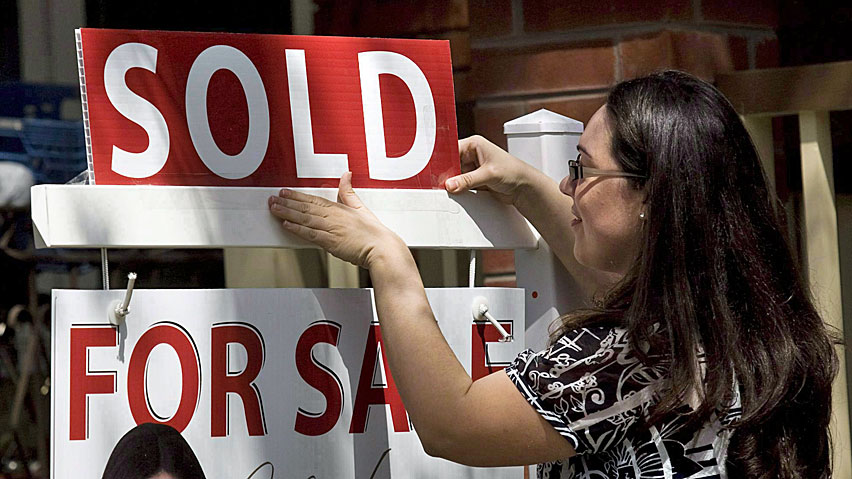 Canadian home prices continued their upward trajectory in March despite a large decline in the number of homes sold, the Canadian Real Estate Association said Monday.

The number of sales recorded on the group’s MLS system declined by 15.3 per cent in March 2013 compared with the same month a year earlier.

Yet despite that drop-off, prices inched higher. The average price of a Canadian resale home was $378,532 in March, up 2.5 per cent from a year earlier.

“The factors that crimped March sales this year were not in play for the same month last year, resulting in speculation that the gap between sales activity this March and March of last year would be bigger than it was in February,” CREA’s chief economist Gregory Klump said.

“That the gap in fact improved marginally speaks to the resilience of housing demand in Canada.”

If you take Vancouver and Toronto out of the equation, the national average price would have been 4.3 per cent higher. But if you strip out Calgary and Edmonton, it would have been only 1.9 per cent.

“Housing is always a regional story and this month is no exception,” TD economist Sonya Gulati said in a research note. “The tug-of-war across the major markets is set to endure leaving national price gains flat for the year as a whole.”