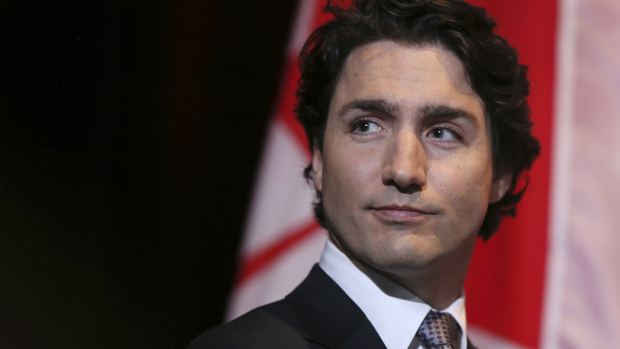 Newly elected Liberal Party of Canada Leader Justin Trudeau took to the stage before a crowd of over 1,000 supporters gathered in Ottawa with a message of unity and hope with an eye to the next election in 2015.

Trudeau, in his victory speech, acknowledged expectations are high and in an effort to rally Liberals of all stripes said, “I don’t care if you thought my father was great or arrogant.”

“It doesn’t matter to me if you were a Chrétien-Liberal, a Turner-Liberal, a Martin-Liberal or any other kind of Liberal. The era of hyphenated Liberals ends right here, tonight.”

Trudeau also spoke about bringing all Canadians together despite party politics.

“Canadians want to be led, not ruled. They are tired of the negative, divisive politics of Mr. Harper’s Conservatives. And unimpressed that the NDP, under Mr. Mulcair, have decided that if you can’t beat them, you might as well join them,” Trudeau said.

He also spoke about federal unity saying that there “Quebecers, from Gatineau to Gaspé, who want to re-engage with this country. With their country.”

He also added that Quebecers “have no time for the divisive issues of their parents’ past, but want to work with Canadians who share their values to build a better country for all our kids.”

In an interview with CBC News anchor Peter Mansbridge, Trudeau said he was “surprised’ by his landslide win and credited his campaign team for getting out the vote.

Trudeau was elected through a preferential ballot based on a points system that gave each of the 308 ridings in the country 100 points for a total of 30,800 points.

Trudeau, the eldest son of former prime minister Pierre Elliott Trudeau, received 80 per cent support or 24,668 points — he only needed to obtain 50 per cent plus one, or a total of 15,401 points.

The total turnout for the vote was 82 per cent after 104,552 people cast a ballot by the time polls closed on Sunday afternoon, out of a total of 127,264 registered voters.

That’s the largest number of people to elect a leader in the history of Canada, party officials told Liberals moments before announcing the results.

The supporter category has been an experiment for the Liberals, who wanted to inject new life into the party after being reduced to third-party status in the House of Commons after the last federal election.

Supporters voted for the new Liberal leader without joining the party as permanent members and without paying a membership fee.

Almost 300,000 supporters initially signed up to take part in the leadership race but in the end just over 40 per cent of them actually registered to vote.

While final fundraising results have yet to be posted, Trudeau had previously reported he’d brought in almost $1.1 million from some 8,500 donors.

Murray is said to have pulled in the second largest sum, with $250,000 from more than 2,200 contributors, her campaign told CBC News.

Hall Findlay and Cauchon both told CBC News they are now or soon-to-be “debt-free.”

One of Trudeau’s many challenges will come on Monday when he appears in Question Period for the first time as Liberal leader, just as MPs return to Ottawa after working in their ridings for the last two weeks.

Moments after the results were announced, the Conservative Party of Canada pointed to his lack of experience — giving the new leader a hint of what future attacks could look like.

“Justin Trudeau may have a famous last name, but in a time of global economic uncertainty, he doesn’t have the judgment or experience to be Prime Minister,” the written statement said.