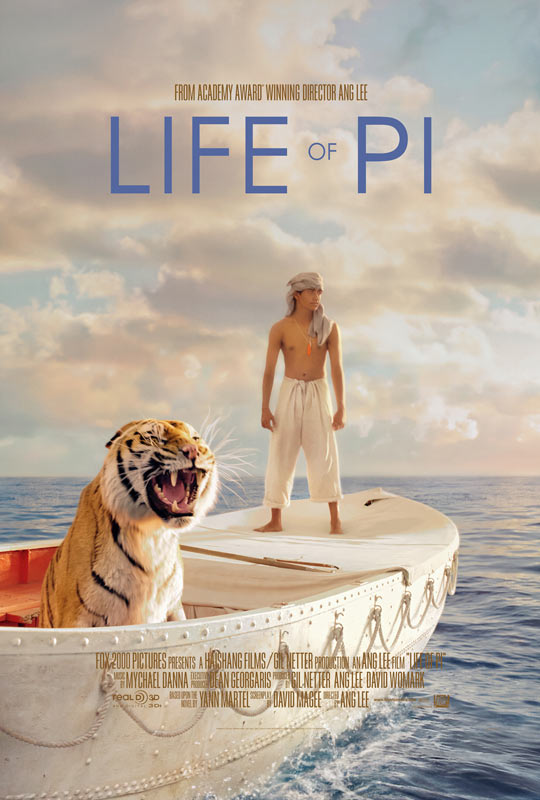 Academy Award winning Director Ang Lee’s much acclaimed 3D film Life of Pi will be the opening film at 43rd International Film Festival of India, IFFI, at Goa, where the cast and crew of the film will remain present at Kala Academy here. Lee was supposed to be here, but he is busy on an international assignment in New York. Based on the Booker Prize winning novel by Yann Martel, Life of Pi tells the story of a young man’s incredible survival at sea against almost impossible odds. Ang Lee’s vision has turned a novel long thought un-filmable into a thrilling audacious mix of grand storytelling and powerful and provocative themes.

A remarkable technological breakthrough in 3D, the film is an emotionally captivating experience that will inspire, touch and transport audiences to a place of discovery that they will never forget. Filmed primarily on locations in India and Taiwan, nearly two-hour movie narrates the story of a young boy, who is adrift in the Pacific Ocean for more than 200 days with a Bengal Tiger. Apart from the new comer Suraj Sharma, other stars of the film include Irrfan Khan, Tabu, Rafe Spall and Gerard Depardieu. Mira Nair’s “The Reluctant Fundamentalist” will be the closing film.