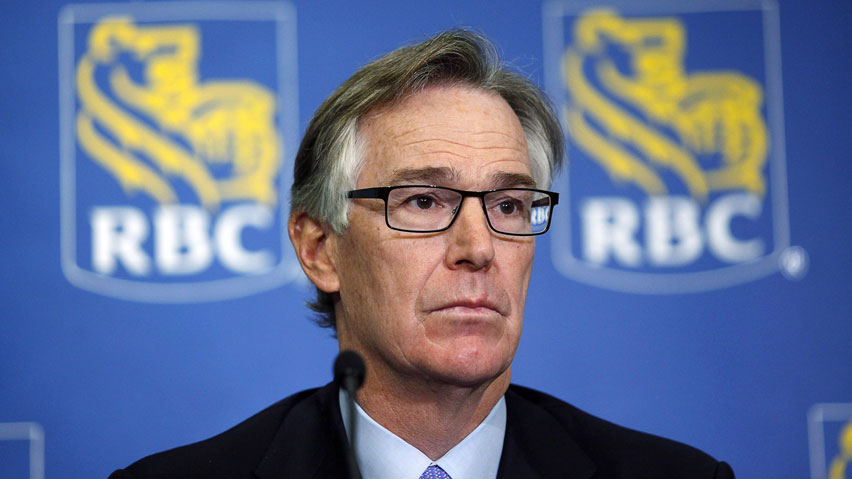 The head of the Royal Bank of Canada has apologized to workers affected by a move to replace them with temporary foreign workers, and is promising all will be offered “comparable job opportunities” within the bank, just days after a CBC report on Canadians losing jobs to workers outside the country.

The public apology from CEO and president Gord Nixon comes after CBC News Go Public first reported dozens of employees at Canada’s largest bank were losing their jobs to temporary foreign workers, who are in Canada to take over the work of their department.

In an open letter released Thursday, Nixon said RBC is reviewing its relationships with suppliers and its policies “with a continued focus on Canadian jobs and prosperity, balancing our desire to be both a successful business and a leading corporate citizen.”

The bank is taking out ads in newspapers across the country on Friday to apologize to any employee affected by outsourcing.

“While we are compliant with the regulations, the debate has been about something else,” Nixon wrote. “The question for many people is not about doing only what the rules require —it’s about doing what employees, clients, shareholders and Canadians expect of RBC. And that’s something we take very much to heart.”

“Despite our best efforts, we don’t always meet everyone’s expectations, and when we get it wrong, you are quick to tell us. You have my assurance that I’m listening.”

The foreign workers who are supposed to be taking over the RBC positions in Toronto are employed by a multinational outsourcing firm from India – iGATE Corp. – which has a contract to provide IT services. There is an “RBC Offshore Development Centre” in the iGATE facility in Bangalore.

In the CBC report, RBC spokeswoman Rina Cortese said several foreign workers from iGATE will be working in the bank’s Toronto offices until 2015. By then, she said, most of the work will be transferred abroad, but a few of the foreigners will remain indefinitely.

“The rules are very clear. You cannot displace Canadians to hire people from abroad,” Immigration Minister Jason Kenney told CBC News Go Public.However, it’s against federal rules for any company to bring foreign workers into Canada temporarily if it will put citizens out of work.

In response, the bank released a statement saying the employees were being outsourced for cost savings and efficiency.

“External suppliers with the right skills allow us to introduce new efficiencies, continually improve our service at reduced cost and reinvest in initiatives that enhance the client experience,” a statement from the bank read. “Agreements with our suppliers include strict controls and ongoing monitoring to ensure full compliance with all regulatory requirements.”

When Go Public asked whether the company had told federal authorities that Canadian jobs would end when iGATE temporary foreign workers were brought in to work, Go Public did not receive a direct answer.

Dave Moreau, one of the Canadians affected by RBC’s foreign worker hirings, said the iGATE workers don’t appear to have any special skills not possessed by Canadians.

“The person who is replacing me has asked a lot of questions and doesn’t know a major portion of the type of systems that we are working with,” said Moreau.