Suspected cocaine found in down vests at Toronto airport 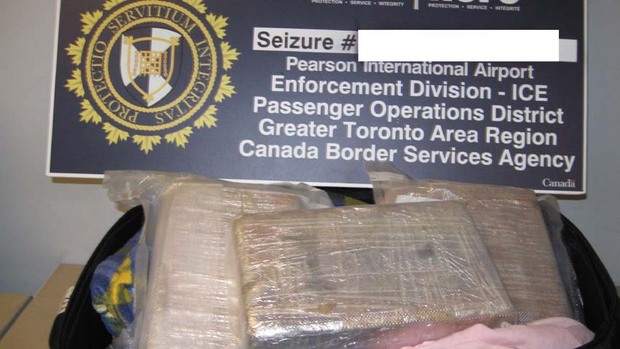 The first, and most significant, occurred on March 10 when border services officers noted two “excessively” heavy suitcases being taken off a plane arriving from Colombia.

Inside officers found several packages totaling 33.6 kilograms of suspected cocaine in the lining of four down-filled vests. The packages along with the arrested male traveller were turned over to the RCMP.

In two other incidents on March 16 and 19, border officers found 9.5 kilograms of suspected cocaine concealed in two suitcases that were on flights arriving from Trinidad and Tobago.

The substances in those cases were turned over to Peel Regional Police but it’s unclear of any arrests have been made.

The CBSA says it has seized over 255 kilograms of suspected cocaine in the GTA region so far in 2013.

Suspected cocaine found in down vests at Toronto airport added by admin on April 8, 2013
View all posts by admin →