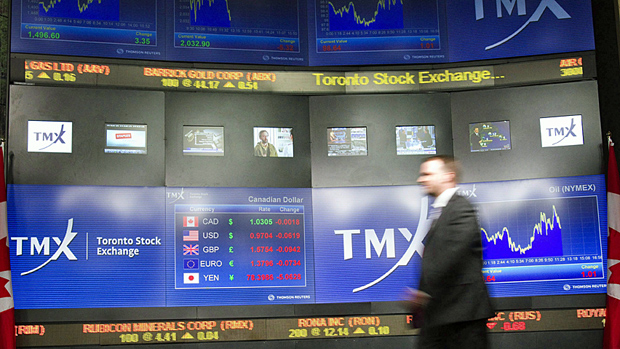 Gold and other commodities took a big tumble Monday following data that showed much weaker than expected economic growth in China, sending the benchmark index of the Toronto Stock Exchange to its biggest one-day loss in 10 months.

The gold sell-off began last week on speculation that the central bank in Cyprus would dump some or all of its $600 million US in gold. That sparked worries that other troubled European economies might sell some of their gold reserves too.

“Investors are clearly turning away from gold here, using the price action as justification for unwinding positions and taking capital away from what was once considered as almost a one-way bet,” said David White, a trader at Spreadex.

“Even those naturally contrarian are struggling to find reasons to own gold.”

China announced Monday that its economy grew by 7.7 per cent in the first quarter. While that’s much better than most countries, it surprised analysts who’d expected China’s GDP would pick up steam to eight per cent.

“The GDP figure will no doubt prompt 2013 growth forecasts for China to be trimmed over the coming days,” said BMO Capital Markets senior economist Benjamin Reitzes.

China is the biggest driver of commodity prices, so any sign of weakness leads to quick sell-offs in the resource sector.

Crude oil futures also slumped on the China news, falling $2.58 to settle at $88.71 a barrel. That’s a four-month low for crude. The TSX energy group tumbled 3.3 per cent.

The Canadian dollar, which often moves in line with commodity prices, slid 1.12 cents to close at 97.52 cents US.