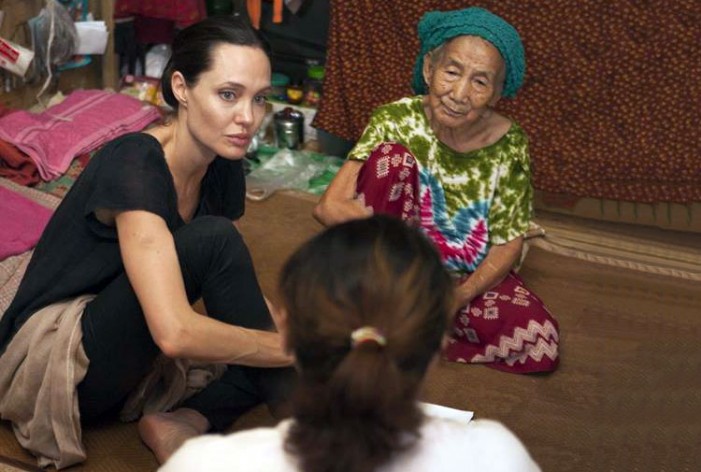 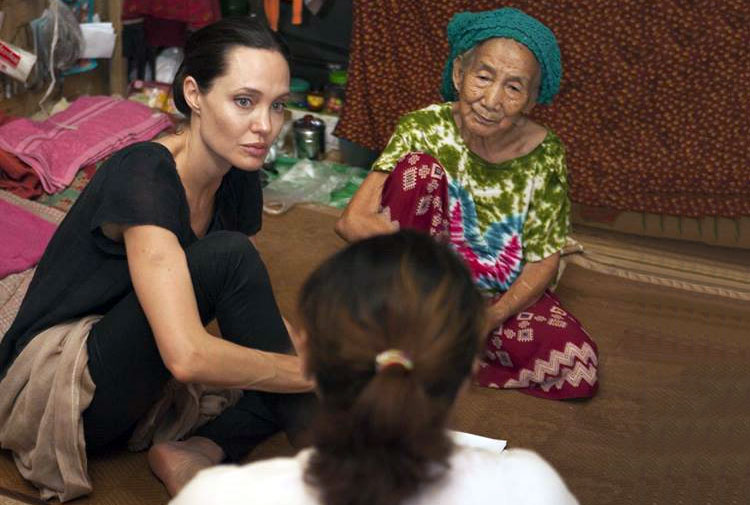 “Women and girls need to have a meaningful and active role in the peace process,” said Mrs. Jolie, who is the Special Envoy for the Office of the UN High Commissioner for Refugees (UNHCR).

“With cease-fire talks and the upcoming elections, it’s essential that all of Myanmar’s people, including those displaced, can be engaged in decisions that affect their future.”

The Special Envoy stopped in the Myitkyina township, where over 100,000 people have been displaced since a cease-fire agreement between the Myanmar armed forces and ethnic armed groups broke down in 2011.

There, she spoke with displaced families and heard about challenges related to access to basic services, particularly health care. A 90-year-old woman described how she has been displaced for most of her life – perhaps 10 times since the 1960s, and most recently in 2012.

“We have relatives and friends who are still stranded in the forest. They need help urgently,” Mrs. Jolie Pitt was told by the head of a family who had just arrived after fleeing another township and spending 10 days in the forest.

The Special Envoy stressed the importance of humanitarian access to assist the displaced families.

No local or international humanitarian actors have been able to access this conflict area since clashes started in late June this year.