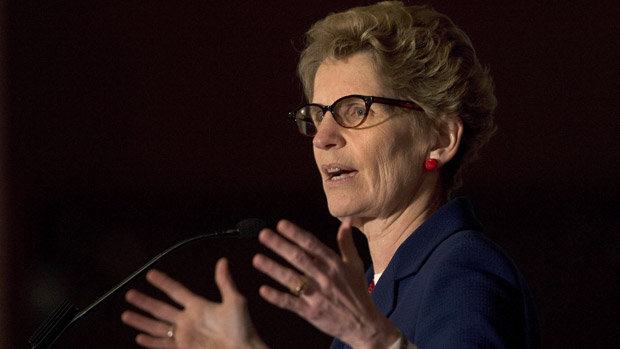 Premier Kathleen Wynne expects that when the auditor general releases a special report on the costs of scrapping a Mississauga power plant, he will also help clarify the political process that spurred it.

Ontario Auditor General Jim McCarter’s report will be tabled in the legislature Monday afternoon, at which time the public will learn whether the government’s cost estimate of $190 million is accurate.

In advance of the report, Wynne said she believes the auditor general will be able to give the legislature and the public a clear sense of the process that unfolded when the Mississauga plant was cancelled two years ago.

“I think that his view will be very helpful in terms of making it clear exactly what costs were and exactly how the decisions were made,” said Wynne.

Provincial NDP Leader Andrea Horwath said that she expects the report will have details that have yet to be revealed.

But no matter what the final cost was, Horwath said that it was money that could have been put to more productive uses for the public.

“There’s lots more priorities, I think, that Ontarians would like to see $200 million or $190 million be put towards, particularly to make their lives easier as opposed to making the government’s political life easier,” Horwath said ahead of the report’s release.

The Liberals announced they would halt construction of the Mississauga power plant in late September 2011, less than two weeks before the provincial election that year. The Progressive Conservatives then assailed the Liberals for backtracking on their original plans, though the Tories said they would scrap it if elected into power.

On election day, the Liberals won another term in government, but they lost the majority they had held for two consecutive terms.

The Liberals had also killed a gas-fired generating plant in Oakville the year before, which faced opposition from local residents.

Progressive Conservative critic Peter Shurman said it is “unfortunate” that Monday’s special report from the auditor general covers only the costs of the Mississauga plant.

“I think it’s not a question of what I hope, or what our party hopes, it’s a question of getting to the bottom of this and the truth,” he said, noting that the “real money” of interest is involved in the scrapping of the Oakville plant — but that figure will come out in a separate report from the auditor general next summer.

Since the 2011 election, the controversy over the cancelled gas plants has since flared up over and over in the legislature, including during the week that former premier Dalton McGuinty announced that he was stepping down from his job. He announced his resignation just hours before committee hearings were set to begin on the Liberals’ decision to kill the two GTA gas plants.

In the two-plus months that Wynne has been premier, she has also had to deal with repeated attacks from opposition members about the gas plants.

In February, the premier admitted it was “a political decision” to scrap the plants and she called for the release of all relevant documents.

That came after the governing Liberals had released a second additional batch of documents on the gas plants after it came to their attention that not all had been released.